Basic data and tourism information on Jhalawar District of Rajasthan 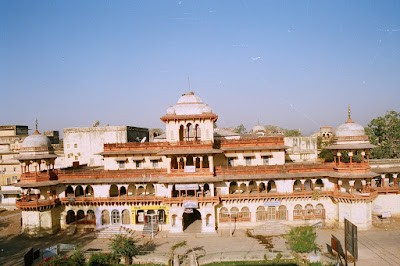 This beautiful palace is situated in the centre of the town. Built in between 1838-1854 A.D. by Maharaja Madan Singh and his successors. Beautiful paintings were later on added inside the rooms. Some exquisite paintings and mirrors on the walls of 'Zanan Khana' are of particular interest. 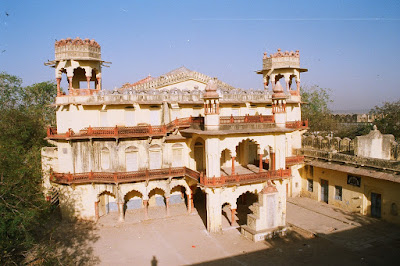 Constructed by Maharaja Bhawani Singh in 1921, the Natya Shala lies in the premises of the Garh Palace. It was a popular Parsi theatre (opera style) built for the performance of plays and other cultural events. It gives a good insight into the art of theatre of that period. 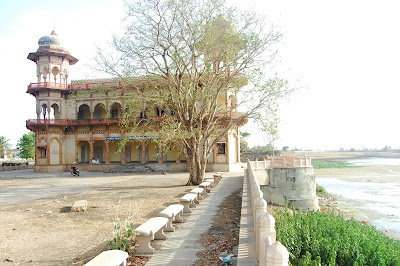 Jhalrapatan, known as the city of bells, is an ancient walled town, founded by Jhala Zalim Singh in 1796 A.D. It is at the same place where the ancient town of Chandrawati was founded by Parmar Raja Chandrasen and later on ravaged by invaders. The entire town lived within the confines of a wall to protect the trade caravans from Pindaris, as Jhalrapatan happed to be one of the junctions of the caravan route.

The 10th century Sun Temple (Padma Nabh Temple) is the pride of Jhalrapatan. It is one of the best examples of temple architecture with lovely sculptures. Inside the temple, there is idol of Lord Vishnu.

Another temple, Shantinath Jain Temple was built in the 11th century and is known for its sculptures and such monuments.

Shri Dwarkadhish temple, built by Raja Zalim Singh in 1796 A.D. is another important temple in this town. Close to this temple, you can see a wide variety of herbal plants at the "Herbal Garden".

Navlakha fort situated on Jhalawar-Jhalrapatan road is also worth a visit. 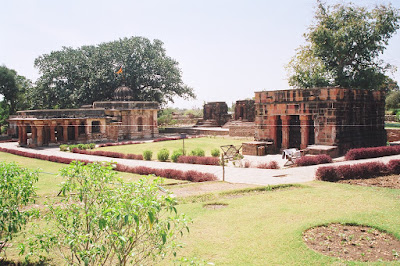 This temple is located on the banks of the Chandrabhaga river, just outside the old city. The complex has beautiful temples, some dating as far back as the 7th century. The Chandramoulishwar Mahadeo temple provides a great insight into temple architecture of that era. The carved pillars, arched gateways and exquisite workmanship make these temples look outstanding. 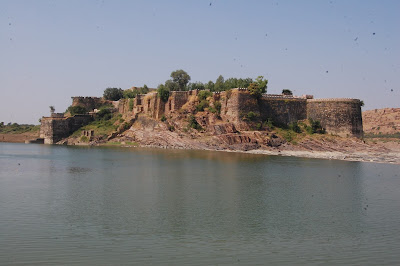 It is an example of a 'Jal Durg', or Water Fort - out of the nine 'Durgs' (forts) mentioned in the Shastras (the ancient sculptures). The foundation of this impregnable, magnificent fort was laid in the 7th century. It is surrounded on three sides by the waters of Ahu and Kali Sindh rivers and provides a breathtaking view from its ramparts. Outside the fort is a Durgah of Sufi Saint Mitheshah, where a fair is held every year during the Islamic month of Moharram. Nearby is a monastery of Saint Pipa, a contemporary of Saint Kabir. 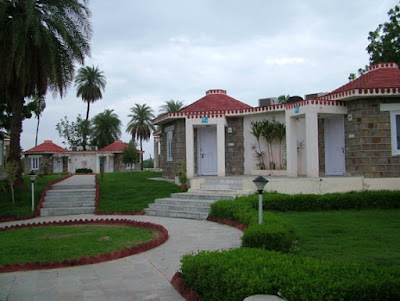 En-route to its newly built railway station, near mama-bhanja chouraha, you will find these cottages built near gavdi talab, which provide tourists a pleasant view of natural beauty. This Gavdi Talab Hotel is maintained by RTDC, owned by Government of Rajasthan.