Basic data and tourism information on Jhunjhunu District of Rajasthan

Jhunjhunu district is a district of the Indian state Rajasthan in northern India. The town Jhunjhunu is the district headquarters.
The district falls within Shekhawati region, and is bounded on the northeast and east by Haryana state, on the southeast, south, and southwest by Sikar District, and on the northwest and north by Churu District.
Shekhawati region of Rajasthan is one of the most culturally rich areas of the state. Jhunjhunu is a prominent town in Shekhawati. The town is running towards modernity but it hides many gems of art and architecture. The sad part is that most of the beautiful buildings here are not well maintained and are in a dilapidated state. If you are fascinated by history, you have to pay a visit to Jhunjhunu. The city has many interesting spots for tourists and following are the most popular ones 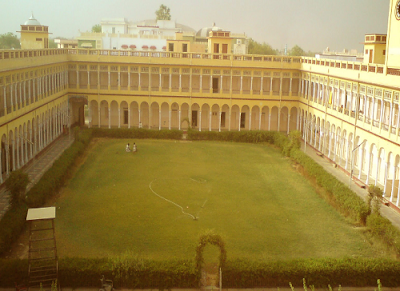 Though the temple is dedicated to the abominable Sati tradition of old times, Rani Sati Temple is a grand sight to behold. The walls of the inner sanctum of temple depict the story of Rani Sati. The ceiling made of mirror and tile mosaic is majestic and the main hall showcases silver repoussé work.
There are 300 rooms around the multi-storey temple for the devotees to stay. The history of this temple has its origins in the Great Indian Epic – The Mahabharata. 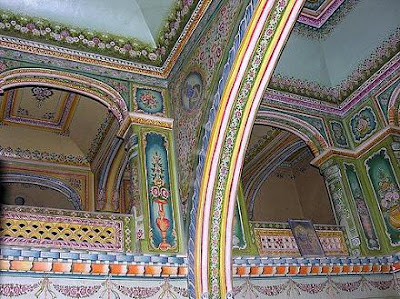 Jhunjhunu boasts of a lot of havelis. The most popular among these are Ishwardas Mohandas Modi Haveli, Kaniram Narsighdas Tibrewala Haveli and Naruddin Farooqui Haveli.


All the Havelis in Jhunjhunu have colorful Fresco work on the walls and many times even on the ceilings. If you are an admirer of Fresco and Murals, you would not want to miss visiting any of these beautiful buildings. Shekhawati Paintings form a large part of the artwork here.
Khetri Mahal 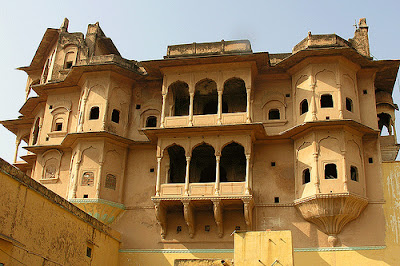 This is a small palace in Nehru Bazaar. The palace built by Bhopal Singh in 1770 is said to be the inspiration behind Jaipur’s Hawa Mahal. Khetri Mahal has no walls but only marble pillars for unhindered airflow. You will also see Shekhwati Paintings inside. The palace provides a great view of the city. 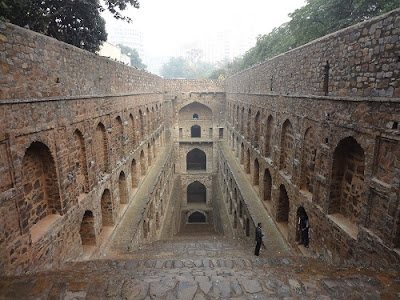 This step-well was built in 1783 and is almost 30 metres deep. The Baori with multiple arches was built by Mertani, the widow of Sardul Singh. It is a beautiful structure with steep steps descending through numerous arches leading down to water level. 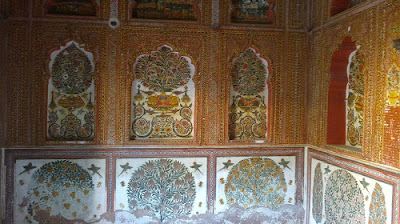 This Haveli is a work of art. It is covered with murals in natural and gold tones. The frescos are dedicated to Hindu mythology. Ceilings of the building are especially impressive. The Haveli is kept locked and you have to ask for the key from the merchants nearby.
Other tourist attractions of Jhunjhunu are Bihariji Temple, Birdhichand Well and Badalgarh Fort.

Posted by Manoj Bhargava at 2:42 AM