Basic data and tourism information on Pratapgarh District of Rajasthan

Pratapgarh district is the 33rd district of Rajasthan, created on 26 January 2008. It is a part of Udaipur Division and has been carved out from the erstwhile tehsils of Chittorgarh, Udaipur and Banswara districts. Pratapgarh town (Pin Code 312605, STD Code 01478) is the administrative headquarters of the district.
Just after the independence of India in 1947, Pratapgarh remained as an independent district between 1948 and 1952, however, consequent to reconstitution of district boundaries, Pratapgarh became part of the Nimbahera district and then of Chittaurgarh. Smt. Vasundhara Raje, the then Chief Minister of Rajasthan, announced Pratapgarh to be an independent district in 2008.

Sitamata Sanctuary is spread over the Aravali and Vindhyachal ranges. It is the only forest where teak trees of building value are found. The thickly vegetated sanctuary has about 50% teak trees beside salar, tendu, amla, bamboo and bel etc.
Three rivers flow through the forest; Jakham and Karmoj are the major ones. The key fauna of the sanctuary are leopard, hyena, jackal, fox jungle cat, porcupine, spotted deer, wild bear, four horned antelope and nilgai etc. The most important and conspicuous animal of the sanctuary is the flying squirrel, which can be observed gliding between the trees during the night. The sanctuary is also associated with mythological events. It is believed that Sita, wife of Lord Rama stayed here during the period of her exile in the ashram of Saint Valmiki. 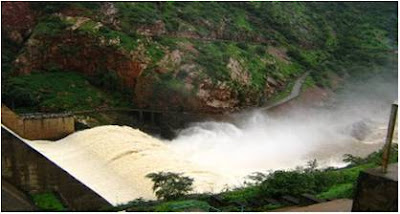 Jakham Reservoir is located at village Anuppura of Pratapgarh Tehsil of Pratapgarh District, in Rajasthan. It was completed in the year 1986. It is constructed on river Jakham, which is a tributary of river Mahi. The project provides irrigation benefits to tribal people. The area near the dam is hilly and consists of waste land, hence a pickup weir at Nagalia, which is 13 km away from dam is constructed from which main canal emerges. The catchment area falls in typical sub-tropical sub-humid to humid climate condition, characterized by mild winter and moderate summer with high relative humidity during the months of July-September. Mean annual PET varies from 1,301 to 1,400 mm. 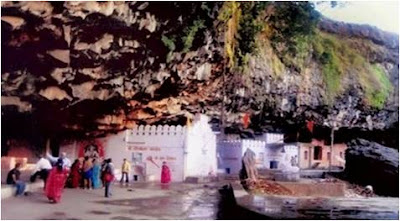 Gautameshwar Temple is located 3 KM away from Arnod Teshsil of PratapGarh District. It is one of the famous temples in the area and valued as a Haridwar in local region where people can get free from their sins. The temple is dedicated to lord Shiva. Temple is worth place for Mewar, Malwa and Vagad Community. According to a mytholgy; "Sultan of Malwa" tried to destroy the temple and made a wide cut into the Shivlinga using his sword. 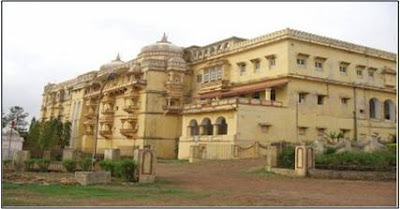 Devgarh is a famous ancient place of Pratapgarh district. Nowadays it is a sub-tehsil of Pratapgarh district. Devgarh is located on a small hill, 13 KM away from Pratapgah City and it is also known as "Devliya". Earlier, it was the capital of Pratapgarh and famous as Devliya state. This place is surrounded by small hills and situated at an average elevation of 1809 feet from sea level. Rajmahal, old Bawadia, catchment areas and Jain temples are located in Devgarh. A famous temple of "Beejamata" is also situated here, where a fair takes place every year. Another temple of lord Raghunath is located in Rajmahal itself, where a solar clock is placed on the top of it. The clock tells time according to the light of sun. Some of the ponds are Tejsagar and Sonela. Hari temple, Raghunath temple, Goverdhan temple and Beejamata temple truly justify the name Devliya.
Posted by Manoj Bhargava at 2:55 AM