Basic data and tourism information on Sriganganagar District of Rajasthan

Sriganganagar District at a Glance

Sri Ganganagar District is located between Latitude 28.4 to 30.6 and Longitude 72.2 to 75. The total area of Sri Ganganagar is 11,154.66 km² or 1,115,466 hectares. It is surrounded on the east by Hanumangarh District, (Hanumangarh district was carved out of it on 12 July 1994) on the south by Bikaner District, and on the west by Bahawalnagar district of the Pakistani Punjab and on the north by the Punjab. 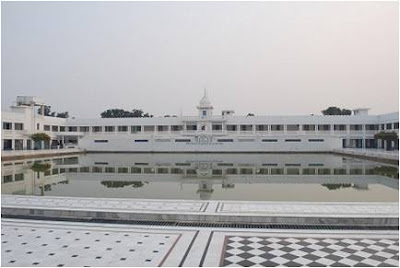 The historical Gurudwara of Buddha Johad, the great religious shrine of the Sikhs,  is situated 75 Km. away to the south-west of  Sri Ganganagar. This is a place where Bhai Sukha Singh and Mehtab Singh brought the head of Massa Rangarh (guilty of sacrilege of the Amritsar Golden Temple) and hung it on a tree on August 11, 1740. This huge Gurudwara has 22 pillars at every floor. There are 140 rooms adjacent to the gurudwara for the lodging of tourists. Apart from many other buildings, there is a small library also which preserves the portraits of Sikh martyrs. Water to the holy pond (johad) of the gurudwara is supplied from the Gang Canal.

The Suratgarh Super Critical Thermal Power Station is an electricity production project that is maintained by the Rajasthan Rajya Vidhyut Utpadan Nigam Limited. It is Rajasthan’s foremost super thermal power station. This station has been successful in controlling pollution and maintaining balance of atmospheric emissions in the environment. Suratgarh super thermal power station is located 27 km from Suratgarh -15 km from Suratgarh to Biradhwal on NH 15, then 12 km in the east from NH 15.
The plant received a gold shield on August 8, 2004 from the Hon'ble President of India for consistently outstanding performance during the years 2000 to 2004.
Posted by Manoj Bhargava at 4:33 AM